It has taken a little bit in this madness I call my life but I have slowly been finding my balance. Between work, home, Kayla, the boys, and my sister it hasn’t been easy but I am finally seeing the light at the end of the tunnel and it isn’t a train.

As in any family there was some family drama that reared its ugly head shortly after my sisters first chemo treatment. When it first started I thought it would run its course on it’s own after a few days but it turned out to be one of those self perpetuating things. I made a few phone calls and put my foot down with the parties involved. My mom, I can only imaging how she must feel in all this has been the one there to take my sister to all her appointments and stays at sis’s house to help care for her. She had this idea that by feeding my sister lots of good food that everything would be alright. Thanks to some wonderful nurses at the hospital my sister was staying in we got her to understand that this is a bit different and certain things need to be followed as chemo is a game changer.

Now the family has a clearer role to play and others are helping and the whole load is no longer on my shoulders as well along with no more distressing texts from my sister.

In all this I realized as well that I could not let my Dom duties slip to the wayside and needed to make sure that I was paying enough and the right kind of attention to my babygirl.
Now Kayla may be a babygirl but she is also a submissive, she has certain rules that I have laid out for her one of which is a nightly ritual of kneeling and asking my permission to come to bed. In order for her to know that she is still important to me and to allow her as a submissive to help me and relieve some of the stress I had been under I expanded that rule a bit to a few more tasks.

Kayla rose to the occasion splendidly just as I knew she would. The other thing is that in preparation to get her moved here by June and then getting her settled in I let my skills with the floggers wane a bit. I had been getting pretty good with two floggers but the last time we were at a Dungeon and I picked the two up to say it was a disaster would be putting it mildly. In the few spare moments I had I was practising in the bedroom behind closed doors. One time she walked in and watched me and talked about using the poor pillow. I told her that the pillow was safe and I was going to be ready very soon to ply my skills on her ample ass.

As the Fates would have it the very next evening brought about the opportunity for the floggers to be brought out. The new bed played a good part in that evening as the foot-board was perfect for her to grip and lean over as I swung the floggers. After warming her up with just one I switched to my left hand and got my rhythm going, then I switched back to my right hand and then worked in my left, I now had both floggers working over that tender ass. I don’t know how long it went on; alternating between my right hand, then left hand, then both but I was in the zone.

I went light, I went hard; sometimes the falls hitting her thuddy then other times picking up the tempo and caressing her ass with the tips and giving her a bit of a bite. Breaking it up a bit I stopped completely; running the floggers up and down her back and over her shoulders. Then as a surprise to her I would lightly whip her pussy with one flogger, she liked it and when I did that her legs would spread wide giving the falls more access to her sweet honey pot.

This went on for some time till my arms grew tired and her ass was bright read and emanating almost enough heat to roast some marshmallows.
I talked to her telling her what a good girl she was for taking what I gave her, my hand gently rubbing and massaging her ass.

When she was aware enough I took her to the side of the bed and lay her back with her feet hanging over the side. I took her, took her hard and fast. She writhed like an animal in a frenzy, I gripped her wrists at her side not allowing her much movement. I granted her orgasms, she came multiple times her body shuddering and shaking. She took what I gave her riding it like a surfer on the ultimate wave.

Finally spent myself I rolled onto the bed next to her, working to catch my own breath as I took Kayla in my arms holding her and stroking her hair. We lay like that for some time until we finally moved all the way up on the bed.
I spooned her, my arms around her holding her tight as I drifted off into a fitful sleep. 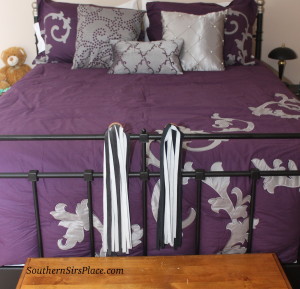