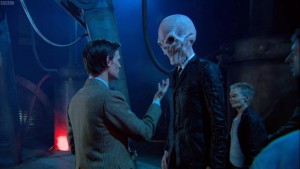 A while ago Kayla and I hinted that there may be some or a change in our lives but we went no further then that.

There were a multiple of reasons for it; one there were so many different things to be done and put into place before even taking the first real step. Two was it really something we wanted? Is that a direction we wanted to go in. Three it meant a commitment and a change in our relationship status.

We did what we normally do, we talked and when we were done talking we talked some more.

I weighed all the pro’s and the con’s and then when all was said and done we talked some more.
As many of you all know and some of you may not, Kayla and I met through the Interwebz, built a relationship and in June of last year I moved her down here with me and we have been living together since.

We have been living in a rather large apartment and while it is roomy and the complex and people her nice it has had it travails.
Last summer we spent more time with no A/C then we did with and the worst part about it is that our electric bills were the same as if it were working and we kept the temp inside around 72 degrees. We filled out work requests, made phone calls to the office, and sent tons of emails.
Through all this we got the answer of we are working on it.

Fall came and the true issue of whether the A/C works or not was never solved.

Then there are our house guests, we hear them at all hours of the day and night and once more we get the same reply from management
“We’re working on it.”

SO we talked about moving and finding another apartment, we talked about the cost of moving, not just the deposit, but a truck, possibly hiring movers and all the other ancillary expenses.

We loked at apartments and it didn’t take us long to realize we would be getting a much smaller space for more money. Thus the chances of saving any money would go WAY down.

Then I through the idea out, “Why don’t we buy”

I had found a Realtor that is in the lifestyle on Fet and we contacted her and explained to her what we wanted. Meantime I contacted a mortgage company and got that moving.

We began looking online, we made a list of must haves, and decided on the area we wanted to be in.

The financing came through without a hitch along with the pre-qual letter and we started the actual hunting, to far away, to old, to run down, neighbourhood not good.
We began to wonder if this was really going to happen and we were destined to stay where we were for another year.

Then we saw it, a nice little condo/villa tucked away in a quiet little area. Lots of trees, and end unit, with good schools and near to the people both lifestyle and not that we want to be near.

I made an offer and waited, then waited some more

Then this morning I get a call from the finance people, they got the info on the villa from the Realtor and checked it out, everything looks good.
15 minutes later I get a call from my agent, the seller sent a counter offer. She told me what it was and I asked her to give me a little time.

45 minutes later I called her back and told her I would take it.

After work today I went and signed the initial paperwork that I accept the offer and that pending the home inspection we can move forward.

So we are at this point on track to buying a house.

45 thoughts on “Breaking the Silence”