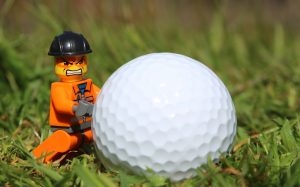 Being the Dominant in a 24/7 D/s relationship is not always fun and games along with the kinky fuckery one hopes for.

I had a craft show that night so I loaded the car to have everything ready to go. That hopefully was going to be a big show as it was the last one at this venue before Christmas. The show ran from 5:00pm till 10:00pm. It turned out to be a really good show but it kept me hopping and by the time I was loaded up and headed home it was after mid-midnight before I got to bed and fell off to sleep.

The whole while at the show I also had a moody tween to deal with as he had already been talked to from his mom and he and I also talked on and off through the night as time allowed.

Day Two: The Chaos Carries Over

Saturday I was up early as we had a full day ahead of us, the boys were getting one of their Christmas gifts early. They were in sore need of new beds, and thankfully family stepped up and hooked them up with new bunk beds. The delivery was to occur any time between 1:00pm and 5:00pm on Saturday. That meant their old furniture needed to be out and ready for the new set to be put together by  1.

It was a quick breakfast and then to work. I was very happy that the old beds came down with no hitches and then the old bed parts were hauled into the garage so I could later cut them up to put them in the dumpster. The rest of their furniture that we were keeping was moved into the living along with a pile of misfit and old toys to be donated, so they were out of the way. Since everything was out of the boys room it was a chance for us to get in there and do some deep cleaning which really needed to be done. We found Legos in places that made us scratch our heads.

While all this was going on I decided to start a load of laundry, right. Let it wash while doing some of the other stuff and then change it over so when I’m done I could then just pop it in the dryer.

Well I went to check the washer thinking it should be done but it wasn’t. I dismissed it as not gauging the time right with everything else I was doing. When I went back to check it again it still wasn’t done. There was water in the barrel but the dial was sitting on the Spin cycle but not moving. I manually advanced the timer and it clicked in so I walked away again.

Coming back 15 minutes later it was still sitting on the Spin cycle. I played with the switch but nothing. I bailed the water out and decided to try a different wash cycle thinking/hoping that maybe the wash cycle I used was not working. When I came back the washer was filled with water and the timer was sitting on the Spin cycle again. This time I got on the Google machine and found some troubleshooting tips to try.

None of them worked.

At this point it was 4:58pm and the truck pulled up with the new furniture. I pointed them in the direction of the boys room and let them have at it. Kayla and I then sat and talked about the washing machine. It could be a couple things that was causing the problem. Again back to the Google machine to price out the parts, as it turned out both were rather pricey. Factoring in the cost of the parts, the time it would take to get it, then the time it would take for me to install it. Then hoping it would be the right part the first time. The other thing I had to think about was the age of the washer, it was old. Hell, it was old when I bought the place, would it be cost effective to repair it and how long before something else broke on it.

Even though I am Kayla’s Dominant and the final decision rested in my hands I wasn’t ready to make the call yet.

The bedroom was finished and they were leaving and we oh’ed and ah’ed at the new bedroom set.

We decided to run out to grab a quick bite to eat as it was late and I had a show in the morning. So off we went and then after a trip to Lowe’s to price new washers.

By the time we got home it was near time for me to hit the hay as I had to be up early for the next day’s show.

Day Three: Going for a Trifecta

I was up at the crack of dawn to hit the road for the days show. Again I had a grumpy tween to deal with right from the start, he complained about the chill in the morning air, complained about having to help unload the car, setting up, and then complain that it had gotten to warm.

The show was fair, it started at 8:00am and ran till 2:00pm. I made a couple of decent sales but for the most part shoppers were thin and far between. There was a lot of visiting between vendors as this was the last show of the year for this venue until fall of next year. I won’t be going back to this particular show as the person who puts it together brings a lot of unnecessary drama which puts a damper on it.

With the quiet time at the show I did some more looking online about new washers and comparing prices.

By the time 2 rolled around I was ready to pack it up and head home. The tween still had an attitude and didn’t want to help pack up and by this time I was hot and sweaty. Also if anyone is wondering the tween DOES get paid to help out at the shows.

Driving home I was oh so ready to see my babygirl and maybe even get some babygirl hugs and cuddles. I was tired, thirsty, hungry and just wanted to get off my feet.

Well that didn’t happen, I got in the house and was face to face with a slack eyed babygirl who was rough around the edges from overworking herself.

So instead of getting some pampering I switched into Dominant mode and took care of my babygirl and got her out of her work funk.

We then talked about what I had decided about the washing machine and how we would proceed. To have some family time we did a movie night, (actually late afternoon) and I helped her get food ready and set up the living room so we could all watch and nibble.

Once the movie was done we headed to Lowe’s to buy the new washer. On the way there we also talked about re-purposing the old desk from the boys room for her. So after the Lowe’s trip it was off to Staples to see about a chair for her. Thankfully they were having a sale.

That done it was finally home and off to bed, oh it felt SO good to lay down and go to sleep.

Day Four: Will it Never End?

Monday morning rolled around and I woke up stiff and sore from the last couple days. Over morning coffee I talked to Kayla about my plans for the day. Cut up the old bed sets and get it in the dumpster. Bail out the washing machine and hand wring the clothes in there and put then in the dryer. Go for a much needed haircut, drop off books at the library, then take the donatables to Goodwill.

That all went rather well and was done quickly. Then on to phase two. Rearrange the living room to accommodate the desk for Kayla and put her new chair together. I actually looked forward to putting the chair together as to me it is like grown-up Lego’s, so that went well. Then came time to move the furniture around. While everything was moved out I cleaned behind things and put sliders under the sofa feet so it would be easy to move in the future.

We talked about the best way to move things around and set her desk so it would work well for her and give her a bit of privacy. Making a decision I started shuffling things around again. Things worked out well and I only had to make a few small tweaks which was nice.

Once again tired and sore but happy hearing my babygirl purr and coo over having her own work space and not having to move when it was time for breakfast or dinner was worth every tired bone and ache in my back.

Still not done it was time to set up my new smoker and put in a pork loin I had ear marked for supper. Once that was done it was off to pick up the boys from school and leave Kayla to work at her new desk in her new chair.

The pork loin came out delicious and the family was asking for seconds and even thirds which made me happy.

While it would be nice if D/s were all kinky fuckery all the time it isn’t. It is maneuvering the day to day and all that life throws at you. Being a Dominant 24/7 is as much work as it is fun. Yet, through all the stress and chaos of the day to day when you see your family enjoying a good meal, when your babygirl smiles and coos because you did something that will make life easier for her, or when you make the decision about buying a new appliance unexpectedly right before Christmas it is all worth it.

I wouldn’t have it any other way!

17 thoughts on “Being a Dominant is not Always Fun”