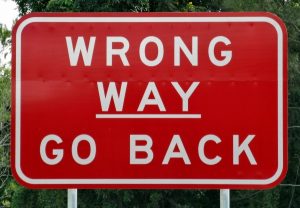 In a big way I got it wrong

So this past weekend was a milestone for us. It has been several weeks since I have embarked upon my new life and slowly but surely I’m settling in. My new routine is working itself out; I’m getting more comfortable in the kitchen and trying some new recipes even. As for my wood working; I am getting up early which is later then I used to and spending the mornings out in the shop. Not to mention that it is nice being home with the boys and Kayla.

Prior to the change I was worried that my Dominance might not be as much as it had been but in actuality it is quite the opposite. I’m finding that I have been expressing my Dominant side much more to the pleasure of Kayla.

This past weekend was a milestone for us. Since I am now doing my shop work in the mornings during the week, I don’t have to go out and work in there on the weekends. So what this meant was that this past weekend was actually going to be for us to spend together. Now some kinky fuckery would have been nice but this was going to be a weekend just spending some well needed family time together.

On Saturday we slept in till 10:30, that was a luxury that I hadn’t experienced in many many years. After a nice breakfast that Kayla made for me all of us were off to the library. We spent a good amount of time there and speaking for myself I can get lost in a stack of books. When we left we all had a stack of books in our hands.

From there I had to drop off something at a local shop for a upcoming show I’m doing and then it was off to Starbucks to get a treat for us all.

We went home after that and had a quick but late lunch and then we were all off to the pool. After that it was was a night spent watching movies and Doctor Who.

Sunday we had plans to go to a Home show to see if we could get some ideas about a rather nasty looking and outdated lighting fixture in the kitchen. I didn’t want to sleep as late as the day before as there were other things I had on tap for the day.

I was up around 8ish, give or take.

Kayla was still sleeping and I let her stay in bed till 9:30 when I tried to wake her up to get the day started.

She wasn’t her usual self when I woke her. I took it as her just being in babygirl girl mode. So I went with it. I cajoled her, teased her, and in a playful way gave her a hard time.

I badly misread her cues.

I teased her telling her that if she got up there would be another Starbucks treat for her.

She fussed, she whined, and she remained solidly in bed.

This was where I made a bad thing worse; thinking she was just being her normal babygirl self I pulled the Daddy card.

I told her that if she didn’t get up there would be no Starbucks at all.

We often joke about how we Tweet one another while only being a few feet from each other. So I picked up my phone and make a meant to be joking tweet about her not getting any Starbucks.

Things went from bad to worse and then I realized what really was going on.

Her anxiety had kicked into overdrive and I had missed each and every mark. I’m not a mind reader, they didn’t want me at the Physic hotline.

So many people think that as a Dom we should never get it wrong. I wish that really was the case. There are times we blow it in really big ways  and this was one of them. Regardless of your dynamic it’s real people you are dealing with in it. Sometimes being the Big D isn’t what’s needed and won’t make things right.
As a Big D we try to get it right but we too are human and at times fail. It’s okay, it happens. That may not make it any easier at the time but it is one of the things you have to accept and be ready for.

It took me a while to recover from the mistake I made and by that time I had some back peddling to do.

I apologized first and foremost and then I did what she wants during those times. I gave her her space.

We did make it to the Home show which turned out to be a bust as there was no one there in regards to electrical and lighting.

After we got home I again gave her the space she needed and she curled up in her favorite chair with a book. I asked her if she needed anything and made sure she was comfortable and then I went about the rest of my day hanging a new set of blinds and some new pictures in the living room.

We don’t always pick up on others hints of what’s going on. We can only try our best one day to the next.