Today is a milestone in our journey, it is May the 6th, in exactly one month I will be stepping off the plane to sweep my babygirl up in my arms and loading the truck to bring her home with me. February is slipping further and further behind. and the time ahead is growing shorter.

As of last Thursday I have moved into what will be our home, slowly but surely things are beginning to come together. I have been getting my things moved in and settled, the nice part for me is I now only have a 15 minute commute to work, and in the afternoon a 20 minute ride home. It is SO nice to know I will be home in a short amount of time after work. No more hour and an half to two how commute. Schools have already been scoped out, parks have been found close by, and loking into things that we can do together.

I am looking forward to taking Kayla out in the local lifestyle community, there is so much that goes on here at any given time,  between weekly coffee time socials, two monthly munches, Dom meetings, a sub support group, rope classes, and whip classes. Not to mention two dungeons that have various theme parties. A number of people that met her last year when she was down for the weekend are looking forward to seeing her at some of the events. That two will be a milestone, at least for her. When we first starting talking together Kayla asked me if I would escort her to her first munch. I gladly told her I would be honoured to. I would have never thought then that she would be going as my babygirl/sub and me her Daddy/Dom.
Yes babygirl I still remember that promise I made to you well over a year ago and shortly I will be fulfilling it.

The other thing that happened today is I now have Internet, a true bona_fide working Internet connection. My hulking tower of a computer is now hooked up and churning away. My poor email client that I use on here has been labouring away for near about two hours to catch up with all it has missed. While my laptop has been faithful to me in all this time I do like sitting and being able to look at a wide screen monitor once again. It will take a day or two for me to have my system back up and running full steam, what with system and software updates to catch up with but once that is done, look out I will be writing more regularly once more.

For now it is quiet here, the occasional wafting of music is heard and the sounds of a show I watch, but soon this home will be filled with wonderful noises along with much kinky fuckery.

So with no further adieu I will press publish on my first post from our future home. 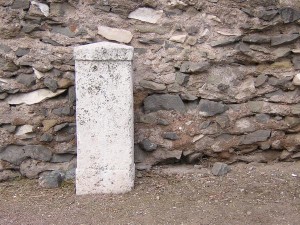