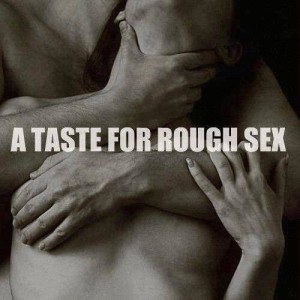 It was the end of another day and we lay in bed with one another and as it were we talked as so often we do.
Her head was nestled against my shoulder and the question just rolled out from her: “If you couldn’t have kinky sex could you have vanilla sex?”

I didn’t hesitate at all with my answer as I said if that were the case no sex.

Her head raised up off my shoulder like a bullet speeding out of a gun.

“If you couldn’t have kinky sex you’d be celibate? Are you sure you don’t want to rethink that?” She asked.

I did take a moment to think about it and my answer was still the same.

Lets think about this and break it down I told her.

There would be no hair pulling; none, zip, zilch.
I certainly wouldn’t be smacking your ass.As for pulling or pinching your nipple that would be out.

She chimed in, the lights would be out and I nodded in agreement.

Also to be honest about it there would be no orgasms for you, it would be a matter of me getting my rocks off and that’s it.

There would be no biting or nipping, no nails, etc.

A touch of reality began to set in with her at this point.

No oral, that would be out, none for you or for me.

That hit home with her.

Then I mentioned that there would be a good possibility that she would be repressed sexually, unable to talk to me about her needs and what she desired.

To drive my point home I grabbed a handful of her hair in my hand and pulled her head to my crotch, instinctively her mouth opened and engulfed me.
Allowing her to pleasure me till I could take no more I rolled her over on her side burying myself in her from behind. With one hand I took a tight grip on her hair, the other went around her neck.
I took her deep and hard, at times releasing my hand on her neck as I fingered her clit bringing her to numerous orgasms.
Pinching her nipples which has a direct line to her pussy caused her to gush, my hand gripping her hip so tight it left finger marks in her skin.

When all was said and done she was left a gasping, boneless mass on the bed.
A smile crept across her face as we lay there and I held her in my arms.

I couldn’t help but ask the question:

“So do you really think you could go back to vanilla sex?”

She laughed and that was all the answer I needed.