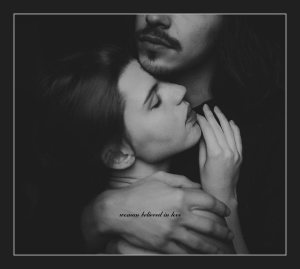 DaddysBabygirl69 wrote a post that caught my eye this morning about aftercare and punishment. This is something I have seen brought up from time to time.

The answers are as varied as the day is long, yet to me it is something I feel very strongly about.

Planning a scene is fun, playing in a scene is even better. They can get intense, overwhelming, boundaries being pushed. Aftercare should never be an afterthought when a scene is done.

But what about when it comes to punishment?

A sub has misbehaved, been sassy, not followed through with their tasks and a punishment is in order.

When giving a punishment it is totally and completely different from a funishment.

A funishment is light, expected, it can be a part of a scene and both sides can be playful with it. For me I use different toys when giving a funishment, Kayla has favorite floggers, paddles, etc that she likes. They give her certain sensations.

Punishment is a whole different spectrum, it is meant to hurt, it is meant for the person receiving to take notice. I use different implements, a wooden spoon, the short cane, and even the rubber paddle, sometimes a punishment is not a spanking at all.

After the punishment I will always give some form of aftercare. Why you may ask?
The punishment is over and in this way the sub knows the punishment is over and now it is time to move on. A sub can be the hardest on themselves. As a Dom tell a sub they have disappointed you and their world comes crashing down. The first time I said those words to Kayla and I saw the effect they had was when I truly had an inkling of what they must think and how important it is for them to serve.

Add a punishment to that disappointment they feel their feeling of failure can increase tenfold.

Depending on the punishment the punishment aftercare fits what has been given. Kayla being a masochist a spanking is not always the best form of punishment for her. Have her do corner time for a period of time and that makes a huge impact on her.

After having her do corner time there is always a hug and a kiss waiting for her. After a punishment spanking yes there are some cuddles, we talk about what has transpired and we move on.

The aftercare is there; albeit a bit different after all it is a punishment.  Do I wrap her up in her blankie, feed her chocolate, and her favorite drink, and hold her for hours on end, no. As a Dom there is a fine line that needs to be walked, it comes back to the tough love thing.

IF I were to cuddle her for hours on end after a punishment then the reason for it becomes lost. Do I hug her and kiss her and tell her I love her, yes.