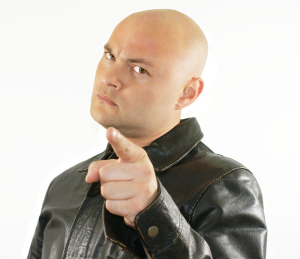 This world of D/s can be an amazing thing when you delve into it lock stock and barrel, Kayla has written SO many times about how it is more then just the sex. Oh sure there is the structure, the protocols, the punishments, etc. As a Dominant it is about pushing the subs boundaries which comes in many forms;  in the bedroom, with their rules, and if they are a masochist with pain.

Then there are times when it is something totally different.

One night during our pillow talks Kayla was relating to me how she had the most meaningful conversation with the woman who does her waxing. She went on about how it felt so good to actually be talking to another human being that wasn’t a child, a barista, or even me. I didn’t take affront in the least to that last part as I know as adult having a in-depth conversation with others that are not of our immediate sphere can be enlightening to say the least. It was then my wheels started turning.

Fast forward a couple of days and once again we are laying in bed at the end of the day, this time Kayla was on her phone either in Tumblr or playing Solitaire and I was reading. She rolled over on her back and began touching herself; her breasts to be exact. Now being me this is a pleasing thing and I do enjoy watching as I will freely admit to being a voyeur. What was different this time though was she began having a conversation with her breast. Not just a playful silly babygirl kind of conversation but an actual conversation.

My mouth dropped open and I put down my Kindle and stared at her wide eyed. When she realized I was looking at her she just gave a a “Whaat?” Then went into an explanation of how she doesn’t get much talk during her day as it is filled with writing and children.

For those of you who don’t know Kayla does not have a 9 to 5 job, she works from home or at the nearest Starbucks. She writes for a living, not only does she write for her Kayla Lords blog but she also does a good amount of freelance writing for a number of different places. Hence she is not in an office setting where she interacts with people on a day to day basis. Oh to be sure she has friends from back home that she talks to on the phone and texts, she has quite a few friends here online that she talks to through email and other social media. But as far as people she interacts with on a day to day level…few and far between.

Now the gears weren’t just turning they were puffing out some smoke and a plan was beginning to form.

The next morning I looked something up on FetLife and sure enough I found the link I needed and it was on the day I expected and even better at a location very close and familiar.

Knowing my babygirl as I do I didn’t say anything just yet. giving her to much time to think about what I had planned would be a bad thing, she would steam, she would over-think, and she would do her best to try and figure a way out.

Two days prior I told her my idea. each week there is a local FetLife coffee social held in a different location throughout the county. This week it was going to be held at the local Dungeon and include a pot luck. I told her she would be attending.

Right away she started asking the questions, what about a babysitter? No need for one I told her you are going by yourself, I will watch the boys, think of it as a sort of girls night out.

It seemed like time stood still. She didn’t move, she didn’t breath, and I even think her heart stopped briefly.

Then came the barrage; it’s a work night, the boys have school the next day, I can’t stay out late, I have too much work to do, who is going to make your coffee, and on and on.

I told her all would be fine that she had nothing to worry about.

The next couple days passed uneventfully, then came the fateful day. We always email during the day, even though we are together we still do that and for most of the morning it was the normal everyday chitchat of our daily routine. Then it came. I’m getting a headache. A little while later, the headache is getting worse and I am feeling nauseous. I knew what was happening.

Sometime later the email came that the headache had become a migraine the nausea was getting worse and she had gotten a tea to try and settle it down, I also told her to take some of her migraine meds.

Fast forward to me getting home, I’m not going to sugar coat it; she looked terrible…but I knew.

We ate dinner as normal with each of us talking about our day, then we went for our walk to get the mail. She wouldn’t engage in conversation with me, her answers were short and terse with a tense edge to them. Most of our walk was in silence and any attempt on my part to draw her out didn’t work.

When we got back I went upstairs to change and Kayla followed, the look on her face spoke of misery. That was when it became tough, it was painful to see her like that. Tears were welling up in her eyes, her hair lay about her face dishevelled, and I could feel the pain rolling off of her in waves. It was hard. She said again she could just stay home, she could do it another time, we could do it when we could get a babysitter and I could go. I stayed firm, no you are going.

I wrapped up up in my arms and hugged her and she began sobbing and in between sobs she let out a litany of how she is introverted and for years she put on a face of having to be among people and this was cruel.

Inside my heart was breaking, I even questioned if I was doing the right thing, but I held fast, she needed this, she needed to be out among other people. I even told her if nothing else consider it research for her writing. I told her how much fun she had at the munches talking to people especially knowing the are in the lifestyle and had that in common to bridge the gap. She resisted, she didn’t want to go.

She then through herself on the bed sobbing, I had finished changing and was ready to go back downstairs, I stroked her hair and asked her if she wanted to come down with me. She said no.
Again I felt that pull inside me, but I stayed my ground. I left her up there and came down to be with the boys.

Twenty minutes later she came down, she was dressed and ready to go, I went over the directions with her and was ready to send her on her way. She then asked me to walk her out to the car. She told me how she looked over the names of the people who had RSVP’s and saw she recognised some from the munch. It was then I let out an sigh of relief to myself. She admitted that she headache and nausea was because she had let herself get worked up. That alone was a big step, I’ve seen her do that to many times to not recognize what she does, it happens when she gets a new client or she is faced with something she doesn’t want to do.

I kissed her as she got in the car and drove off.

I stood my ground with her, I’m not going to say it was easy as seeing her like that was painful but also I knew it had to be done, she needed to step outside her comfort zone as she was becoming a hermit. Being an introvert is one thing, sheltering herself away that the most meaning conversation she had was between the lady who does her waxing and her own boob was no longer acceptable. As much as it hurt it had to be done.

To read how Kayla felt about it and how it all turned out click here: Kayla Lords