It was a quiet evening even for a Saturday, we both had a busy day and at the end of it all we looked forward to crawling into bed. We both decided to read before we let sleep claim us, but I had other ideas.
I was till deep in my book when she turned hers off and grabbed her phone for one last pass through Tumblr for the evening. When she was done she plugged her phone in and took off her glasses; rolling over she let out a sigh and exclaimed she was tired.

It was not to be for her to go to sleep.

I hit the power button on my Kindle as I told her to take her pillow and put it down at the foot of the bed. She replied sleepily with a “yes Daddy.”  Then I instructed her to lay with her head down there on her pillow with her legs spread. As she positioned herself I sat up higher in the bed for a better view of what was to come.

Once she was the way I wanted her, I told her; “I want to watch you play with yourself.”

A gasp left her lips followed by a husky “Yes Daddy!”

Her pussy was already moist as her fingers found her slit, softly moving over her folds down along her lips then back up to circle her clit. A few more times she made this movement then two fingers effortlessly disappeared deep into her pussy. I watched in silence as she performed for my enjoyment. Her pussy was drenched and I could clearly hear as her fingers pumped deep and hard in her. Now her fingers moved from within her to her clit, over her lips, then back into her pussy. Her fingers then settled on her clit, moving in circles; first one way then the other. I knew she was building to her first orgasm.

The orgasm rolled through her like a wave, I know her, once she has the first orgasm the following ones come quicker and are stronger.

“I know you, I know your pussy, how needy, greedy, and achy it is. How one orgasm isn’t enough for you, how you want more. Keep going girl”

Barely giving her any time to recover I told her to continue, without missing a beat her fingers dove in, her pussy now slick and soaked glistening with her juices. Her fingers moved seemingly without effort as she now was hitting her g-spot. Her moans were growing louder as her fingers once more found her clit, it wasn’t much longer before she was once more begging me for her sweet release. Granting her the release she ached for and needed.

This one hit her harder, I could see the juices rolling out of her as she cried out her passion.

By now a wet spot had begun to form under her. She neither noticed nor cared. She was on a mission and nothing was going to distract her.
This time was not different then any others; her orgasms were now coming faster and stronger.
In silence I intently watched her face, then her hand as she buried two fingers deep in her well.

I knew what she was after and I watched raptly as the tips of her fingers found what they sought.
With her hand almost motionless her fingers wiggled and moved within her.
She was going for a g-spot orgasm, her face was intent, her body writhed about on the bed, her moans now loud and near constant.

I waited, watched and waited some more till I knew she had reached her limit, her words, her litany that had now rolled into one long word in anticipation for that one word from me.

Head back, knees up off the bed her orgasm shook her as it took her.

I had planned to end it there but her fingers continued now moving furiously over her pussy. At that point I decided to let her take herself to the edge and then stop her.

Her fingers dove in with a frantic need, her head was thrashing side to side, her moans were constant and loud, I chuckled a bit as the windows were open and if anyone was outside they were getting quite an earful.

Soon she was writhing and thrashing about on the bed, at the last minute I decided to let her have her release as I could tell this was going to be the one for her.

With her fingers working fast and furious within her and the palm of her hand pressed against her clit I gave her permission for her release.

I was not disappointed, her entire body lifted off the bed supported by her head and to bottom of her feet as her orgasm tore through her.

I told her to stop and she landed back on the bed, her breath ragged and gasping, her hand still on her pussy, after shocks coursed through her as I continued to watch.
Once the last wave rolled through her I told her to clean her hand and being the good girl she is, she licked it clean leaving not a missed drop.

“Good girl,” I told her I helped her to turn back around in the bed. 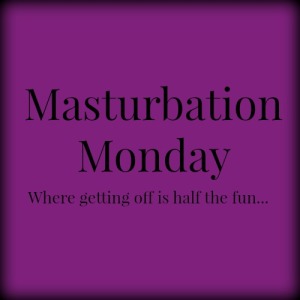