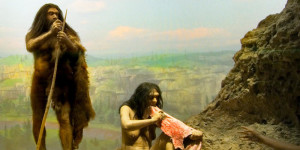 It has been a hectic week to say the least. Trying to get back into the day to day routine, getting caught up with what is happening at work. Diving into some freelance jobs I have acquired and just trying to resolve the fact that it will be 3 weeks before I see little flower again.

We truly had a wonderful time it was wonderful to be with her. While I was there she had planned on having her wisdom teeth removed. We had planned it that way so I would be there to help take care of her. On the appointed day we went to the dentist and I explained to her before hand that upon leaving there we would be going right to the pharmacy to fill whatever Rx he wrote for her. She tried to shush it away but having been there myself I knew what could be.

Upon arriving back at her house while the Novocaine was still in effect I had her take one of the pain pills and at the proper time thereafter. She slept most of the time and I fed her a liquid diet of protein shakes.

A couple of days after she called me a task master for keeping her to such a strict routine, shortly afterwards she did admit that it was my strictness that kept it from hurting her more then it could have but that she also seemed to be up and around and feeling better quicker then most people had expected.

I digress though that is not what this post is truly about.

Last Saturday I put up a video for my Shibari Saturday and it was noted by someone of the lack of my southern drawl.
It is true I do lack a southern accent and upon little flowers request she asked me to refrain from using one. I told the person who asked about it that I would write about the origin of my name.

I was born and raised in the Catskill mountains of NY state, beautiful country to be sure and yes there is much more to NY state then just NY City and Long island.

As a kid my family traveled to the south quite a bit, I loved it there. I couldn’t get enough of grits and other southern cooking; then add in the fact that Southern whiskey has always been my drink of choice. It was almost as if I was born in the wrong place as I felt more at home in the south then I did in my northern home.

When I was 22 I came south on vacation and I decided to stay. I gained employment working for a landscaping company owned by of course southerners. After working there for a time the owner George told me one day that I was alright for a Yankee, that he had never met one like me before being different then most northerners.

It was then he told me I was more southern and deserved to be made an honorary southerner.

I didn’t have a name per se and one evening we were talking on the phone and she said that I was very polite and that was one thing that had attracted her to me. She said if there was ever someone who was truly a southern gentleman it was me.

It was shortly after that she decided I was Southern Sir.

Since George had dubbed me as an honorary southerner years prior and her assessment of me I began using the Southern Sir moniker and it has stuck ever since.