It’s been a while, to long in one aspect and in others not long enough.

A little bit ago I had to take a step back, it was as much for my own sanity as it was for other reasons; let me explain. In helping to care for my sister L I have used up all my sick time, I have none left. Kayla has been wonderful, she has stepped up and helped with L as if it were her own family. She has been her ride to and from appointments some as many as 4 times a week. This has taken away from Kayla’s work as an earning writer. With all this we have gone through most of our savings.

Other then our other sister A; family has not stepped up to help, our mom still has not come to terms with what is happening. When I do see her or talk to her she never even asks about L. My dad who keeps saying he will be down to help seems to find ways to keep putting off his trip here. He was supposed to be here a little over a month ago and yet he keeps finding more reasons to not come. Other family members that talk to me either don’t believe me or think I am exaggerating as they will tell me that they have talked to her and she sounds good. They don’t realize she only talks to them when she is having a good day or she has recently received a transfusion and is “up”

It led me to a decision, if we; meaning Kayla and I can’t take care of ourselves how can we help her. I found her a service through Hospice that would assist her even though she is still getting treatment. They would provide an aide to help around the house, give her bath’s, cook, and do other things. I found her organizations that would give her rides to her appointments.

My sister refuses the help, I was frustrated. I ranted and railed. It was brought to my attention by someone very near and dear to my heart that even though she is ill she is still a grown woman. It was then I knew I had to step back.

I gave her the tools, I put them in front of her. I explained to her about using up my time off, how our savings are gone, how Kayla needed to focus once more on her work. I still go to her doctor appointments with her every two weeks. I have to make the time up by going in to work early. Kayla is committed to giving her a ride once a week, L’s choice. We weren’t abandoning her but things had to change. She understood.

It’s still not easy..I still struggle to get back to being me.

I wanted to play, but I was also nervous. My mind was a bit scattered.
When we got to the club I felt some relief, being around the people there made me feel at ease. The fact we were greeted so warmly by everyone and how they missed us and were so happy to see us again lifted my spirits.

It didn’t last long for me, I became restless. I wandered from spot to spot. Watching two people play who I normally love to watch didn’t help me much. As another couple was setting up to play the Domme, Mistress A looked at me and beckoned me over. She wanted me to play with her, to be a duo with her on her regular play partner. It was an honour to be asked by her. It meant she trusted me as a Dom and respected me enough to share that energy with her.

I had to turn her down, I couldn’t; my mind was to scattered and at that point I wasn’t even sure if Kayla and I were going to play. I couldn’t tell her just then why but I promised her when she was done we would talk.

She began her scene, at the same time another couple began playing on the opposite end of the room. The energy was intense, it flooded the room, Kayla was soaking it up like a sponge and her reaction was immediate and strong. I felt it, I acknowledged it but it seemed to pass though me leaving me mostly unaffected.

When they were both done I still wasn’t sure if I wanted to play. Kayla purred and cooed filled with the energy of the night. I was afraid…yes…I had doubts. What if my mind wasn’t in it and I made a mistake hurting her. What if I let myself go to far and hurt her.

Kayla finally said something to me that tipped the scale in her favour.
Mentally though I made a pact in my mind, if the slightest little thing was off, if I wasn’t in the moment the scene would end; no if, and, or buts about it.

There were several people who were there that wanted to watch us play, they knew what we are about and our energy. It still even as I write this feels odd that they want to see us play.

I decided to do something different, I wanted to use the suspension lines so I could have full access to all of Kayla…I didn’t want to leave any part untouched.

It started out slow, every movement, every touch, was thought through and deliberate.

I’m not sure even when it happened but soon the other people watching us was wiped from my mind. They no longer existed.

It was only me and Kayla suspended from the rope.

I played hard, I pushed her more then I ever have. The sound of the paddle as it connected with her flesh filled the room which was then followed by her cries.

Still she asked for more.

I gave it to her, yet I was once more myself as I watched her…..giving her what she needed, giving her what I needed to give her but under a watchful eye.

Soon I saw it, the tell-tale shake as she still asked for more.
The scene ended, I undid her cuffs and help her to a seat to bring her back down to earth.

Once Kayla was back to herself I found Mistress A; we talked and explained to her my reason for not wanting to play. She understood. We talked for some time about things and Kayla joined us.
The rest of the evening was spent enjoying the company of others, making some new friends and reaffirming old ones.

It was well into the morning hours hours 4:30am to be exact when we rolled home.

Me; I was still charged from the night and twice I fiercely took Kayla which even surprised her.

Today, I’m more then I was yesterday..still not fully back to myself but a little further up the road. 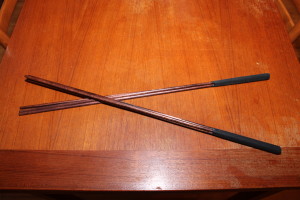 A childhood friend of my sisters had visited, she stayed with L for a few days. Sadly she sees what I see.
Since she returned home she spoke to some of my family up north, showing them the pictures and what she has told them of L there are some who now understand and see.
Still doesn’t make it any easier.