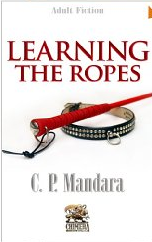 Jenny’s life was one of opulence and elegance; that is until she ended up at what she thought was going to be a weekend getaway at a countryside equestrian manor. Little did poor spoiled Jenny know but it was her that was going to be ridden and her sensibilities were going to be put to the test.

This book picks up right where the first one left off; picking up after Jenny’s extensive examination and her about to begin formal training. She is given a tour of the facilities training areas and even briefly meets another pony girl.

Mark, her trainer has been training pony girls for some time and while Jenny has many lessons to learn for him it is old hat. She learns right off that he means business and while she is partially entranced by his good looks she also doesn’t forget that he is also the object of her torment.

Mark, his Dominant qualities shine through yet he has a human side to him making him believable and even likable in his own rights. He knows just when to push Jenny and when to back off almost as if he can read her mind.

The characters, Jenny and Mark are both well written; you want to dislike Jenny for the spoiled rich brat that she is yet there are moments when it seems she is going to break through and show she is human after all. There is also the element of her predicament and one can feel a touch of compassion for her with that.

That to me is a good quality of a writer when you can identify with the characters.

Entering the training area of the manor is both terrifying and exciting.  The description of the training rooms and Dungeon are very detailed and in depth, I could feel Jenny’s apprehension and fear at seeing the rooms and all the items and devices contained within.

I enjoyed the book immensely and found when I came to the end I wanted more. The whole story was a fun romp and I look forward to reading the next installment of Pony Tales by C.P. Mandara.