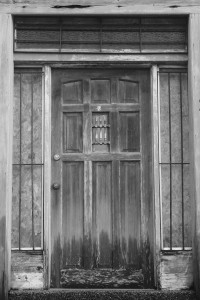 Dare you open the door and unleash the Beast?

Little flower and I were talking the other night, well we talk every night but the other night we got into a very deep conversation. It was sparked by an excerpt of a book I am reading and I shared this portion with her.

I shared it with her because it had me wondering if this is the way it is with her.
I wondered if she experienced these feelings and emotions described in this particular portion of the book.

This is what I read to her, now mind you this was written in the context for a Domme and a male sub but it was noted in the book that the same could apply to a male Dom and a female submissive.

“The Sadomasochistic woman (or man) merely desires her alpha slave to share his beast with her. To have her slave surrender even the beast within to her needs, her desires. To show her slave that despite the darker shadows of his nature, she would accept him and allow him to use them on her (not against her) for their mutual pleasure. In essence, she controls even the beast within him! Unlike the male Dominant who wanted to kneel before a woman, this Dominant wants to unleash the beast within her slave/submissive; not so she can kneel before the beast, but to Play with the beast and tame him to her specifications.”
BDSM The Naked Truth by Dr. Charley Ferrer

So after reading this to little flower I asked her if this is what she felt when we are either engaged in a scene or having sex.
Her answer was a resounding no, little flowers reply was that while she did feel more wanton, more sexual, and even more submissive during those moments. She said it was due to knowing she was being submissive for me, of which she was being of service giving me what she knows I want.

Her thought concurred with mine that the Beast resides within me and not her. That as I became more beast like or more primal her submission becomes deeper in that moment. Then my primal nature feeds off her deepening submission becoming more prominent.

We also talked about how as the beast is more in control as her submission deepens that there is also more of a mixing of the man and the beast.

So my next question to little flower was, “Do you want to tame the beast, is that your intention.”
Her reply was taming the beast was the furthest thing from her mind.
A blending of the two, or a balance, the beast showing more of himself as time goes on but then the man himself being stronger by taking on more attributes of the beast.

Dare you open the door and let the beast out?