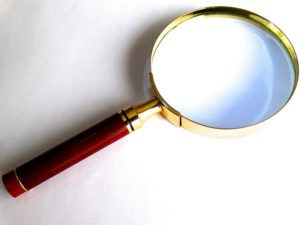 I have been absent from here for quite some time. So much has been happening some good some not so good. That’s just life.

Since the last time writing here my main priority has been to take care of Kayla. As most of you know know from her opening up and writing about her anxiety and bipolar first and foremost has been looking out for her and picking up the slack when needed.
When I became her friend/lover/Daddy/Dominant it wasn’t only for the good times but for whatever life throws at us and I have done my utmost best to do that and be there for her in any way shape or form that takes.

Being a Dominant doesn’t just mean in the good times for all the kinky fuckery and spanking sessions but for the times that life throws speed bumps in your path.

Best part is; we’re working through it, finding out what works and what doesn’t. Does it mean at times that certain aspects of our D/s S&m parts of ourselves takes a back seat? Yeah it does and you know what, that’s okay too. The downside, at least for me is that there are certain things that had to take a back seat, my blog here became one of those things along with a fair amount of social media. I’m not out and about on FetLife much these days, nor am I on Facebook like I used to be and that to is okay.

Making sure Kayla is taken care of is my number one priority!

Then there is Kayla’s dream of going to Eroticon next year. We have adjusted, balanced and rebalanced the budget and when we thought we were done we did it again to help get her there. So far it is looking like a reality for her and we should be able to get her there come next March.

Earlier this year we had someone come into our lives that had touched us both in ways we never expected. She has become someone who has both touched our hearts, our lives, and our souls. She in her own way has become part of our family and no matter how far a distance or time keeps us apart she will always have a place in our home and hearts. While working through Kayla’s anxiety she was there as a friend helping to guide us both through to better understand what was happening and ways for each of us to work together. WE love you SO SO much!

It has also opened our eyes to other ways of thinking and loving and being manogomish.

Around June I had a major job upheaval that blind sided me. Reorganization! Yes I still have a job but this new position was pretty much thrust upon me which sparked a hunt for a new job. The job market being what it is here is flooded with people doing what I do and it ended in frustration and disappointment. On the flip side of that I have embraced what has been handed me and made it my own. So much so that when my now boss decided he was going to rock my world even more by adding to the sites I already had. Currently I have 8 sites I go to. His plan was to take away a number of the ones I currently have and give me different ones bring the total of sites I cover to 11.

Well the folks I cover now mysteriously found out what was happening and they wrote to my bosses boss that they didn’t want to lose me. So bending to pressure he had to nix the idea of taking away and adding more sites.

I’ve also been turning my attention to my wood turning, doing more and different types of pens and branching out into other things. Hard to believe it will be coming up on almost two years since I started playing with wood. I’ve been loving it to say the least.
Pens, bottle toppers, bottle openers, Men’s shaving brushes, razors, and bowls. It has been a blast, I have found a outlet for my artistic side.
Kayla handed me a book to read The War of Art” which really opened my eyes and it has served to propel me forward in doing more with my wood working.

Along with that I have also been making some wooden paddles which are on Kayla’s site. I have a lot of ideas for things to do with those as well. They are simple but very very effective!

So as you can see some things have had to slip to the wayside.

Now if after this long term of absence you are interested I’m going to pimp myself out briefly.
If you’d like to take a look at my wood working here is the link
www.etsy.com/shop/thewooddom

Don’t let the name fool you it is all vanilla stuff and safe for anyone to see.

Here are some pics as you can see I also do some in acrylics as well as wood. 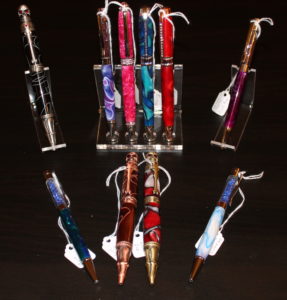 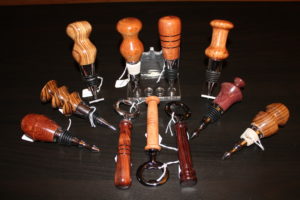 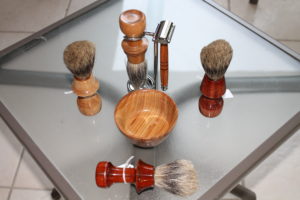 Here is a sampling of the paddles and if you’d like to check them out further you can find them here: