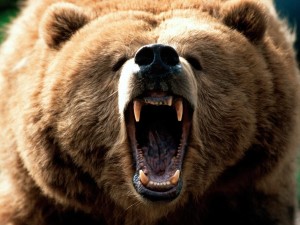 When little flower and I first began talking the D/s aspect of the relationship was not very evident, oh we both knew we were in the lifestyle and we talked about it but we were not actively participating in per se.
We were learning about one another, seeing who each other was, she was hurt and coming out of a relationship. Matter of fact neither one of us had any ideas of entering in a relationship with each other, we were just two people talking, sharing, becoming friends.

I suppose in some ways I did Dom her to a certain extent but knowing she was fragile it was subtle and in little ways.

Over time as we got to know more of one another I began sending her an emails each morning, it was an short email to be sure but each day I would send one. In the email would be a quote, a phrase, or a daily OM that was uplifting, encouraging in nature.

As we began testing the waters of D/s with me monitoring her diet and exercise at one point she asked me if I was a Daddy. I immediately responded back no I wasn’t. Now I will admit that at that time my knowledge of what a Daddy Dom is was very limited.

Several more times after that in our conversations she would come out and ask me if I was a Daddy, again each time I responded with a no.

By that point I will begin to admit that I was getting curious as to what a Daddy Dom really is. My only perception at that time was given to thoughts of age play which did and does nothing for me. So I began a search Google being my good friend and it did not disappoint in the least.

I began reading blogs I found, articles, and even some groups on Fetlife. The more I read, the more I picked up the more I thought maybe I am. Maybe she knows/sees something I didn’t.

We talked some more about what a Daddy is after that and she pointed out that I am very nurturing towards her, also I was very encouraging as well, being willing to stand behind her in fulfilling some of her dreams. The main thing in her eyes that made her feel Daddy was how safe I made her feel. Now it was just recently pointed out to me by someone that whether you be a sadist, Master, top or any other form of Dominant that a sub/slave always has a feeling of safety with their Dom.

This is true, for feeling safe is just one other aspect along with trust, respect, and communication, which is what allows a sub to submit to a Dom.

I was/am strict with her but also fair. A few times I punished her not with spankings but with the one things that hurts her more then any spanking since she is also a masochist at heart. Corner time.

Putting her in the corner for punishment was something she does not like and once in a while I would mix a touch of pain in with it. Kneeling on rice or a coarse grit sandpaper. Once she realized I would do that to her she began paying more attention to what I would ask of her.

On one of her trips down her to see me I had asked something of her that was rather simple yet I stressed the point to her. When she arrived and I asked her about her task and she did not do it. I surprised her when I had her kneel in the corner for 15 minutes. She didn’t think I would do it since we hadn’t seen one another for some time.

The one thing though that cuts even deeper then corner time, are four simple words; “you disappointed me girl”
Those words cut deeper then any knife with her.

I was still having a bit of a problem identifying as Daddy and thinking of her as a “little” or ‘babygirl”. Now I will say that in the course of our talking I began calling her little on;  this was not so much that I identified her as a little but more so that I saw her as someone who was not well grown into the lifestyle.

Then one day in our conversation she asked me if I would watch Disney movies with her. I didn’t hesitate and I told her yes. I will freely admit I like Disney movies, I always have. I grew up with them and still watched them now and again.

It was my third visit up to see little flower when we we laying together and I was taking her when she called me Daddy in the heat of the moment. It didn’t freak me out, it didn’t spoil the mood; if anything it released something inside of me. It came boiling to the surface at that moment and I wanted her more then ever. My desire for her began to overflow and I wanted to consume her.

Now predominantly we have a DD/lg relationship and she is my little flower she calls me Daddy on a regular basis although there are times I am Sir. There are nights we sit cuddled on the sofa watching Disney movies and she is in her Hello Kitty pj’s with knee socks and pigtails.

In her day to day life she is in charge, she wears many hats along with many responsibilities. When that day is done and put to the side there are times she lets her little side out. Her little curiosity, her laughter, her bright smile and shining eyes, and yes sometimes even her pouts.

There is no age play involved, she is simply my girl and I am her protector. When she has had a rough day I am there to hold her and offer comfort. I encourage her when she is down, I push her along in realizing her dreams.

Yet I am also more then that, as she put it I have a sadist streak a mile wide and I will put her over my knee in a heart beat and spank her. I have introduced her to crops and floggers, along with rope play.

She is a vibrant and intelligent woman, she is a masochist that loves the sting of my hand or flogger on her ass. she growls with her own primal instincts in the heat of the moment. We can be tender and loving as I cradle her in my arms softly stroking her hair while peppering her forehead with kisses.

I have a name for her that is known only to her and I.

17 thoughts on “I am Daddy Hear me Roar”