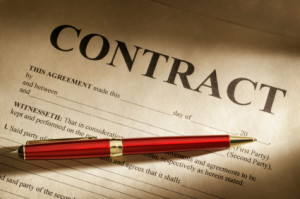 It is over a year since little flower and I met and it is coming up on a year since we began our journey in D/s together.
So much has changed in a year, it is amazing when one thinks about it.

Myself growing in my Dominance of her, learning that being a Dom is not something set in stone but that I am a blend, part DD, part sadist, and part primal. little flower discovering and embracing her little side and so hesitant to give her submission.

When we first decided to embark on this journey it was in small steps, very small steps. At that time I knew she was fragile and I didn’t want to push to hard. When we first began talking about how to move forward I suggested writing a D/s contract. We talked about what was expected from each other and what was wanted, all this was written down in a document. This was our contract for how to proceed in our budding D/s relationship.

Am I talking about a legal binding, stand up in court document; no not at all. What I mean is a document that can be used as a guideline for your D/s relationship. It was a basic document outlining her role as a submissive and mine as her Dominant.

The other night when we were talking I brought up in our talk about re-negotiating our contract. See we have both grown in our relationship over the past year. My Dominance has grown stronger and I now have control over more things in her life. In turn she has opened up more of her submission to me.

There are things that when we first started talking which were hard limits and now are things that would be considered. That all falls into how much she has grown to trust me and through that is open and willing to try new things.

That is part of the beauty of a D/s relationship, it changes it grows, as a Dom pushes his sub beyond their boundaries it allows them to grow. Even as a Dom there is learning and growth. The relationship is fluid and flowing.

I then brought up to her that we should even as a couple take a look at our relationship, like anything else a relationship changes and grows, people change, goals become different. So I told her then; in February when we are together we need to set aside some time to take a look at what our goals are and how we are moving forward to accomplish them. A sort of relationship self check in a way, it may sound clinical but in business you set goals. You have both short term and long terms goals for the business to grow and succeed.

In a relationship it is the same thing, in order for a relationship to continue to grow it needs to be looked at and reviewed. Are you both on the same page, where do we want to be in a year from now. Throw in kinks and that of course takes it to a whole new level. When you first met you each told one another what your kinks are, what you will do, what you might do, and what you won’t do. Over time your kinks may well change, things you once liked don’t excite you as much. Those things on your might try list that you haven’t done yet. Even some of those things on the won’t do list may have moved to the might do list.

One thing we talked about briefly while we were together for the holidays was wax play. Early on it was something that wasn’t on the list. Neither one of us have tried it, we have each on our own looked at it online and have some idea of how to do it and play in a safe manner. At this point it is something that is on the table to try. We might like it, we might not.

Rules and protocols may change as well. Rules that worked for a while may no longer be needed. New rules may be introduced, different protocols as the relationship progresses and grows. For instance when I first began helping little flower with her diet and I took control of what she eats she was following a very specific meal plan. We did that for a number of months, about 6-8 months to be exact and she was getting limited results for her efforts. So we regrouped we both looked into other avenues and I decided on a new approach.

All the more reason for a re-negotiation of your contract.

Let’s face it each year you go to the doctor for a annual check up, to make sure everything is in good working order and what you need to do to try and keep yourself in good health for the upcoming year.
Why should your D/s relationship be any different.