Her and I both come from relationships where communication was virtually non-existent.
So that is something that is in high regard for us both.

One thing that she has done is that when I get home from work we all sit down and eat dinner as a family.
During that time we all talk abut our day.
Granted with the boys the conversation is not in-depth yet they are included as well.
But it is open conversation for all.

Once the boys are in bed we usually relax for a while.
I’ve gotten Kayla hooked on a show that I like and we have been watching it from the beginning.
Having started at Season 1 we are currently now mid-way through Season 4.
After an episode or two then we head off to bed.

Once there we don’t just fall off to sleep.
That is our time to talk, to reflect.

Sometimes our conversations are deep and serious.
Other times it is injected with humor which has us rolling in stitches in bed.
One time when Kayla was feeling a bit down I lifted her spirits by talking in Mr. Spocks voice.
Another time I had her rolling in stitches by doing Monty Python skits in bed.

While some may think it odd to be talking about doing various voices and comedy skits in bed, Kayla and first began communicating and finding one another through our sense of humor. That was our first connection to one another.

This time to talk is part of the rules and protocols I put in place as part of our relationship.
The other part of this is that while we lay in bed talking we are touching one another.
Either holding hands, or her hear nestled on my chest with my arm around her.
There are also times I will have her sitting in front of me and I will be brushing her hair while we talk.

This just doesn’t allow us time to talk, but to also be in the moment with one another.
While D/s can be carried into the day to day life in little ways work, family, bills, and maintaining a household can take it’s toll.
Since communication and openness is so important in relation to D/s it can also be a very important tool on the vanilla side. 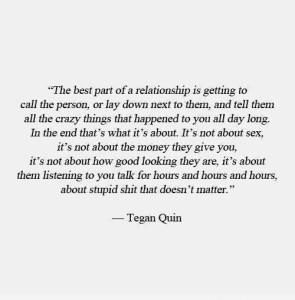 On the other side of talking is listening, not just hearing what the other person is saying but being there in the moment with them and taking in what they are saying. Just like the times when I made Kayla laugh, why did I do that? Because I listened to the things she was saying and knowing her as well as I do as her Dom I knew there were things that were weighing heavy upon her.

Just telling her that things would be alright do not always work with her. She is the type of person that will get lost in her head and spin things up. So I gave her what she needed most at that time, I lightened her load by making her laugh. Once I had drawn her out then we were able to actually talk about the matter at hand.

That was possible because I listened to then things she was saying as much as the things she wasn’t saying. As her Dom, as her Daddy she gave me her trust, she gave me herself as a sub. Being in the Dominant position I have placed myself in a position of responsibility to her, one in which her well being is up to me to take care of.

There will be times in any relation where the clouds of uncertainty and doubt will overcast the sky. Don’t let those clouds settle in and overshadow what can be. Communicate with one another, talk about everything and anything no matter how trivial it may seem, listen with an open heart and an open mind.

Most importantly be in the moment with one another! 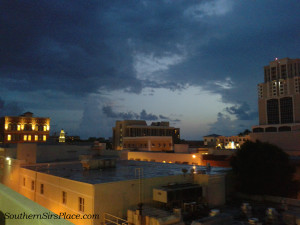